Finding a Role That Feeds Your Soul: The Story of a Self-Made Woman. 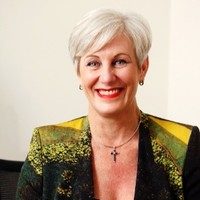 Janelle is the newest member of our team and we couldn’t be happier that her resolution to find the right role, a new meaningful role, landed her here at the Impact Academy….  right where we think she belongs.

Janelle van de Velde is a great example of a self-made woman. It does not mean that she has a similar story to Oprah Winfrey or Sara Blakely who did not grow up with money, but worked hard and became successful. However, Janelle has the traits that made these women known as self-made, which is much more meaningful.

Importantly, she is resourceful and possesses a strong work ethic and energetic drive. Her background in working across a broad range of industries including hospitality, resources, banking, sporting, technology and state government has made her a master at recognising and seizing opportunities, assessing risks and taking action. Over the last decade, she has progressed through a series of executive leadership roles advancing the strategic growth objectives of organisations in the resources and technology sectors. Maintaining an alternative energy company’s growth from an early stage Queensland business into a 400-strong multinational diversified corporation, while more recently supporting Silicon Valley’s start-up Nitro Software to prepare for a potential public listing, Janelle has developed a well-rounded and diverse skill-set.

This woman is intellectually diverse and able to embrace all types of people with a variety of opinions, experiences, and beliefs. Her experience has not only given her a good understanding of how different kinds of organisations operate, but also a collaborative approach to leadership. The fact that she has been working with entrepreneurs and CEOs for the last 18 years has enabled her to become a mentor with a comprehensive perspective and valuable insights to share.

“The most important investment I can make as a manager is to ensure each of my team members is ready for the next opportunity, even if that means the person transitions to another organisation.”

Another trait that makes Janelle a self-made woman is her open-mindedness and innovative thinking. She can see beyond the way things are and is inspired to acquire new skills no matter how challenging it seems. For instance, in 2016, she applied to undertake an intensive EMBA program at Bond University and completed 15 subjects in 15 months.

“I love learning as much as I love investing in people, nurturing them and see how they develop.”

Janelle has always seized opportunities to diversify her skill-set and take on additional responsibilities. Over the last three decades, she has been working as an all-rounder in the commercial sector, on occasions operating across four continents. After graduating from the EMBA program last year, Janelle realised that it was time to find a role that genuinely fed her soul. And she found it at Social Enterprise incubator Impact Academy. It was the first time in her life when she stepped back and decided that the next stage in her career would fully express her inner sense. Janelle’s self-awareness, one of the essential traits of self-made women, has eventually enabled her to align the goals and objectives of both personal and professional lives to purpose and meaning.

“I’ve said to myself that I want to use all of my skills to contribute to something meaningful.”

“It is the first time when I have spare time. My plans for the future are to find a hobby and spend more time with my family.”

Like what you've just read? Let us know your thoughts and register for more of where that came from.

Register your interest for monthly updates.